Look at what we have to offer below

Look at what we have to offer below

and how we market your brand 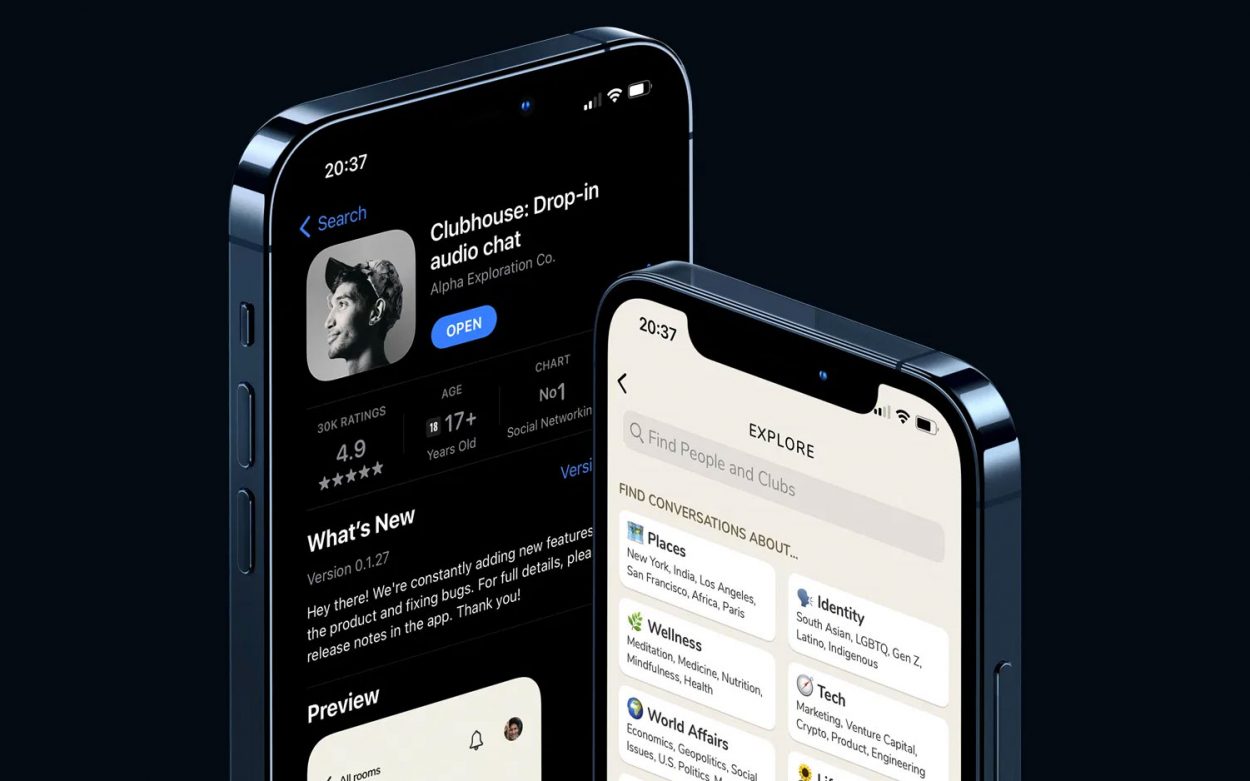 Clubhouse is the hottest new social media platform in the world!

Available exclusively to iPhone users, the app allows people to host and join audio conversations with other users. Featured celerity members include Elon Musk, Mark Zuckerberg, Kanye West, Oprah and many more popular public figures. If you’re not too familiar with Clubhouse, we advise you learn more about the platform that has the world talking as soon as possible.

Why should I be using Clubhouse?

Because Clubhouse is the new press release and virtual press conference!

Conversations on Clubhouse can be intimate, like a phone call, or might include thousands of people listening to a talk by big names, similar to a conference or stage interview. Think: part podcast, part conference call, part social media. And that’s exactly why you should be utilizing the platform.

How has Rundown Media been performing on Clubhouse?

Rundown Media and our entertainment outlet “The Rundown” has been hosting the top rated rooms on Clubhouse since joining the platform in November 2020. The Rundown has built a large (and continuously growing) following and is considered to be one of Clubhouse’s top influencers.

What We Do on Clubhouse 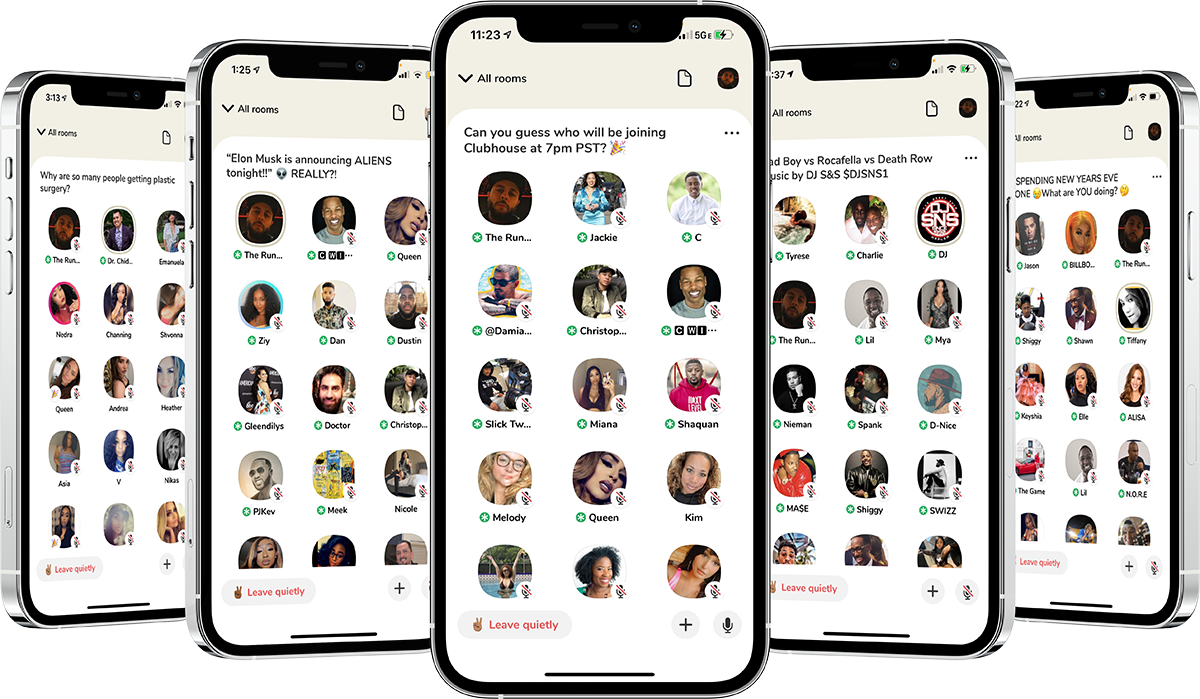 Rooms where we onboard notable figures or make announcements for brands, celebrities, public figures and others.

Rundown Media has been known to interview some of the top movers and shakers in the entertainment industry. Lately, we have been utilizing the Clubhouse platform to extend these conversations.

Word around the Clubhouse app is that Rundown Media hosts some of the best games and events.

The best game show on Clubhouse!

Every Monday, Wednesday and Friday night at 8pm PT/11pm ET, The Rundown goes into character as Jigsaw from the “Saw” horror movie franchise and hosts “Murder Trivia Game Show,” which is widely considered to be the best game show on Clubhouse.

During the game, which is co-hosted by Tyrese Gibson and Charlie Mack, Jigsaw and his team of “killas” ask a wide range of questions (pop culture, general knowledge, film/tv/music trivia, etc.) to a large group of “victims.” Those who answer correctly get to live (i.e. remain on stage with Jigsaw and his killas and for the next round), while those who answer incorrectly suffer a violent (but fake) death and are “put into the dirt” (i.e. sent back to the audience). The last victim standing, after correctly answering a final question from Jigsaw, is crowned the winner and is invited to come back as an honorary killa for the next game.

The game—which usually sees an audience of anywhere between 200 and 2,000 listeners—is so popular that on any given day, you could expect to see a number of celebrities playing along as one of Jigsaw’s killas, including Questlove, Tiffany Haddish, Amber Rose, Quincy Brown, and many others. The owners of Clubhouse even pop in from time-to-time! 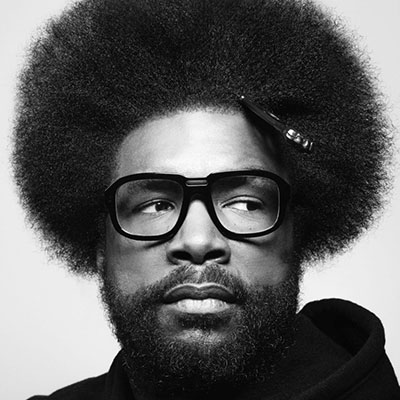 This game is hella fun y'all!
Tiffany HaddishActress, Comedian 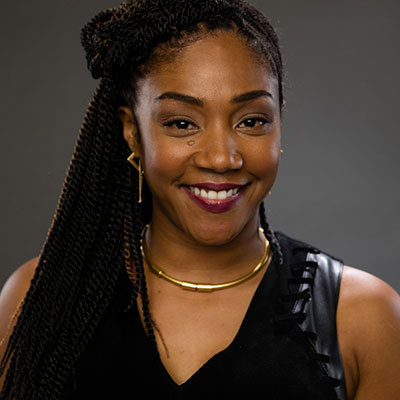 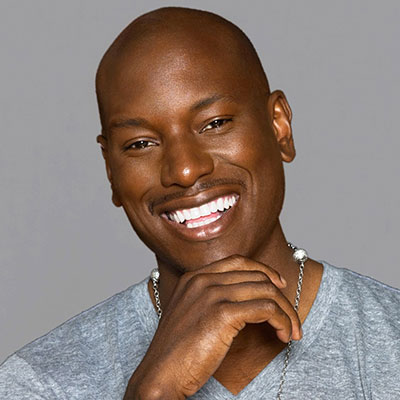 I have so much fun putting people in the dirt!
Amber RoseActress, Entertainer 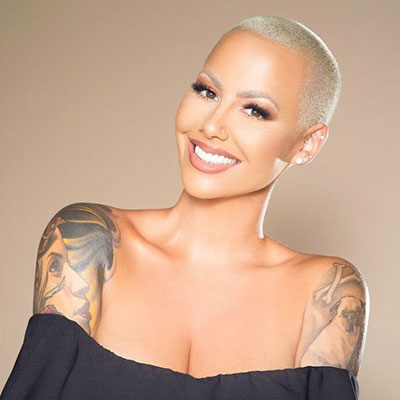 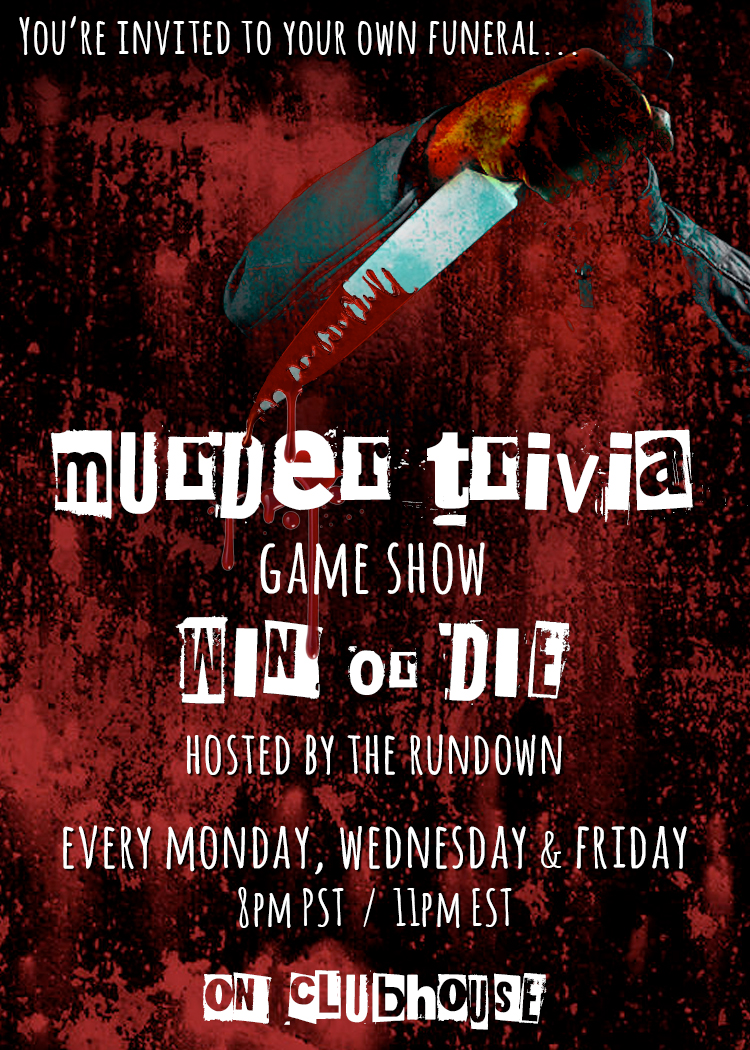 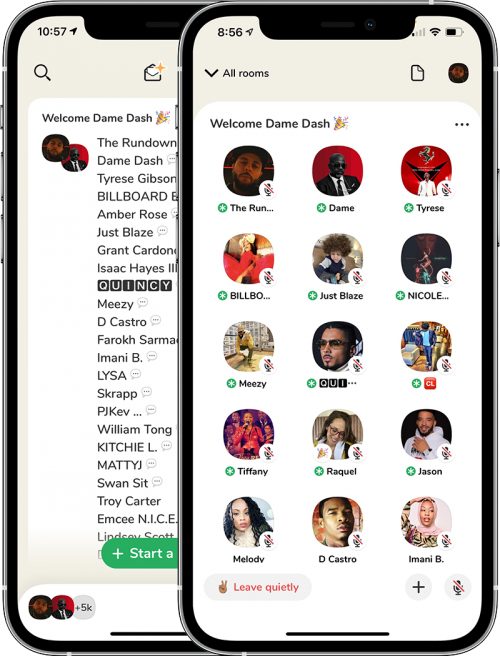 We reached Clubhouse capacity with over 5,000 listeners!

Despite beginning at 10pm ET on a Thursday night, that room quickly reached the Clubhouse cap of 5,000 concurrent listeners, who all tuned in to listen to Mr. Dash drop gem after gem. The biggest audience since Elon Musk’s interview! 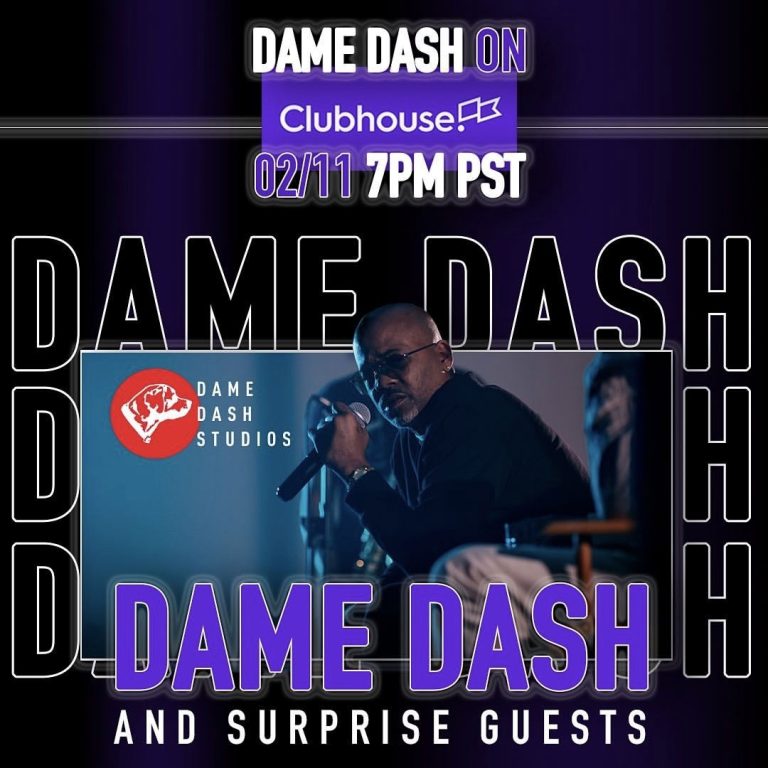 Rundown Media’s entertainment outlet The Rundown also hosted a Welcome Party on Clubhouse for hip-hop and entertainment mogul Jermaine Dupri to help him celebrate the signing of his newest artist, LA the Goat.

On a Thursday night, The Rundown welcomed Mr. Dupri along with a panel of representatives from Def Jam Records, celebrities and top movers on the Clubhouse app for an intimate conversation that lasted two hours and attracted over 10,000 listeners.

A number of top media outlets tuned in as well, including New York magazine, Complex, The Source, Def Jam Records and more!

The success of the room helped Mr. Dupri along with Def Jam Records to successfully announce the signing of his newest artist and addition to his So So Def record label. 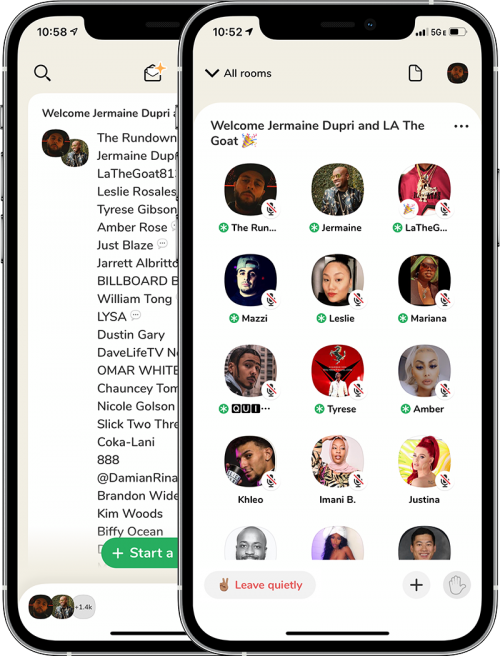 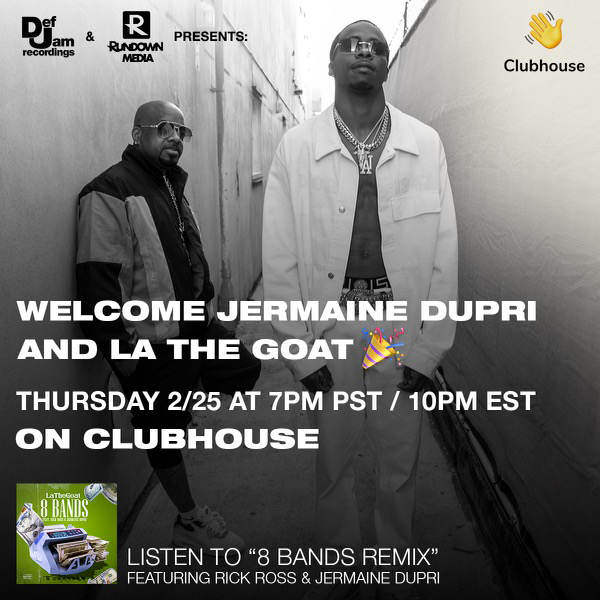 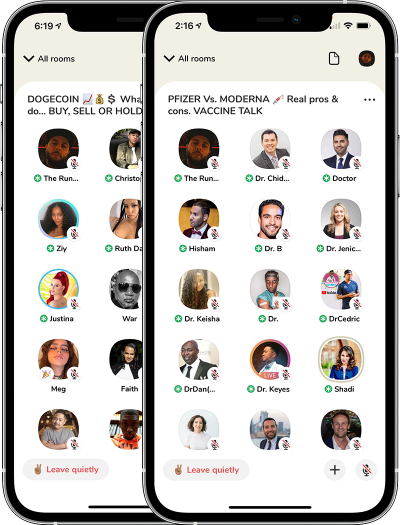 We regularly host panels with experts!

On any given day of the week, we team up with professionals and experts in their fields to host panels about a wide range of topics, including stocks and cryptocurrency, vaccines, and more.

Our rooms are always filled with the top people in their fields—board certified doctors, stock analysts, crypto experts, etc.

Who is behind The Rundown on Clubhouse?

Our very own CEO, Kiarash Behain, is the one-man powerhouse behind The Rundown on Clubhouse and is responsible for our success on the growing platform.

Every day, Kiarash spends hours curating and moderating some of the best rooms on Clubhouse. His following includes top celebrities, board-certified doctors, stock/crypto experts and more. 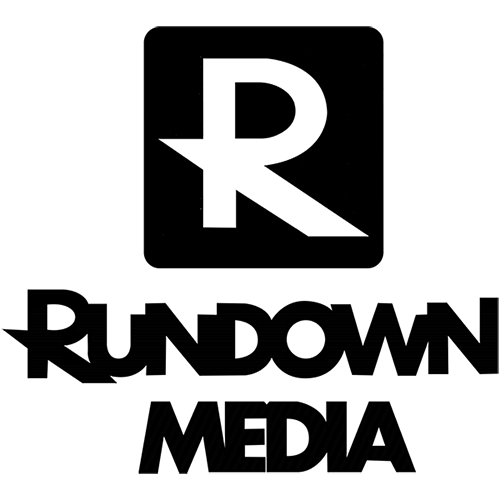 a next level creative agency

Rundown Media is a full-service creative agency based in Los Angeles, California. We collaborate with clients and we do it in every medium. Our sense of strategy, direction, marketing, production and design bring people and brands together – with all intentions of making those relationships last forever.

Our creative direction and viral marketing approach has positioned our clients in social media’s biggest moments! In other words…
Rundown Media helps our clients grow and GO VIRAL on social media.

Rundown Media is responsible for some of the most viral content being shared online.

What are you waiting for? Let's grow.